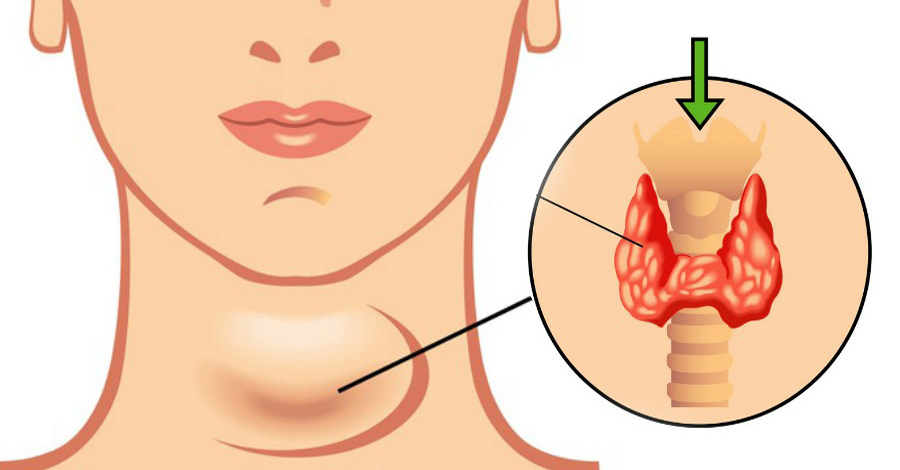 The thyroid is a butterfly-shaped endocrine gland, situated in the front of the neck. Thyroid gland is one of the most important and sensitive endocrine glands. As it easily responds to stress and stimuli the global incidence of hypothyroidism is increasing day by day.

The thyroid gland secretes thyroid hormones. These hormones directly affect your metabolism rate as how slow or fast your liver, muscles, heart, brain and other parts of your body work. The amount of stimulation the cells receive from thyroxine will determine how fast the functions are performed. Sometimes the thyroid glands make too much thyroid hormones.

There is no direct mention of thyroid gland in Ayurveda. But a disease by the name Galaganda is mentioned in Samhitas. The earliest description of neck swelling is found in Atharva Veda by the name Apachi. Charaka first described about the disease under the 20 varieties of sleshma vikaras. Susutha has described that out of seven layers of the skin, the sixth layer – Rohini is considered as Galaganda rogadhistana (Su.Sa.4/4).

In Nidana Sthana he described Galaganda as two encapsulated small or big swellings in the anterior angle of the neck, which hang like scrotum11 (Su.Ni.11), whereas Charaka mentioned Galaganda as solitary swelling (Ch.Ch.11)

The etiological factors in Galaganda include climatic conditions, water and dietary conditions and other reasons. Susrutha stated that rivers flowing towards east might give rise to the occurrence of Galaganda. Bhela described that Sleepda and Galaganda are more common in Prachya desa (eastern part) of the country, and the persons consuming predominantly fish are liable to develop Galgaganda.
From the above descriptions Galaganda can be correlated with Goiter or some tumour pathology, where Thyroid functions may or may not be affected. But when hypothyroidism is considered, its not just a localized disease, it has many symptoms related to different systems of the body. Hence Galaganda may be considered as one of the manifestations of Hypothyroidism.

Hypothyroidism can be classified as –

1. Primary (thyroid failure)
2. Secondary, (due to pituitary TSH deficit). And
3. Tertiary (due to hypothalamic deficiency of TRH)

The main cause of hypothyroidism is Iodine deficiency. In such cases, Iodine containing drugs like shigru, jalakumbhi can be advised.

Another form of malfunction of Thyroid gland is – Autoimmune Thyroid Disease which is characterized by gradual lymphatic infiltration and progressive destruction of the functional thyroid tissue.

Recent animal studies have revealed that guggul supports healthy thyroid function, mostly by increasing the conversion of less active Thyroxin (T4) to more active Triiodotyronine (T3) through increasing thyroid proteolytic activity and the uptake of iodine into thyroxin, and without increasing the production of Thyroid Stimulating Hormone.

Selenium deficiency can impair thyroid function. Selenium is required for a number of enzymes known as selenoproteins. The chemical reaction, which converts thyroid hormone T4 into T3, is catalysed by specific selenoproteins. The drug Pippali increases the absorption of selinium and hence vardhamana pipppli may be effective in hypothyroid conditions.

Clinical picture : According to Ayurveda, the main cause of this dysfunction is Kapha and Pitta Doshas. Hypothyroidism doesn’t have any characteristic symptoms. There are no symptoms that people with hypothyroidism always have and many symptoms of hypothyroidism can occur in people with other diseases.

Hypothyroidism is sometimes referred to as a “silent” disease because early symptoms may be so mild that no one recognises the problem. Once the symptoms start appearing, they might be – a slow pulse, dry skin, sensitivity to cold, constipation, depressed muscular activity, hoarseness of voice, recurrent infections, and sluggishness of bodily functions.

But the symptoms of hypothyroidism are often subtle, or people believe their symptoms are due to stress, depression, or “getting older,” or may frequently mistake for other conditions; it is not unusual for someone with hypothyroidism to go undiagnosed, sometimes for many years.

In a mild case, a 30 ml decoction with Kaanchanaara or Punarvana plant’s bark twice a day on an empty stomach would prove effective.

It is a well-known fact that the disease Hypothyroidism is more common in women than men, probably because hormonal imbalance acts as a trigger for thyroid problems.

Women’s bodies have a delicate balance of hormones such as Oestrogen and Progesterone, which can be upset when the body is under any type of stress.

Oestrogens increases the concentration of TBG and of total T3 and T4 levels. In a clinical study it was observed that out of 32 patients 30 were female and 2 of them were male.

Hypothyroidism can develop at any point in the life span. It is more common in adults.

Heredity plays a role in both under active and overactive thyroid; Recent studies show that 20% of the diabetic daughters are at the risk of developing thyroid disorders.

Numerous medications can affect the thyroid. Some drugs given for non-thyroid conditions have the side effect of inhibiting production of thyroid hormone within the thyroid gland. If these drugs are taken in large dosages or for a long time, it may result in to hypothyroidism. Nitroprusside, lithium, or iodides in the form of cough syrups, steroid and beta-blocker proponolol etc, and can induce hypothyroidism

In the recent years peculiar changes in the cultural and social areas forcing the human beings to arenas of tremendous stress. It is becoming more prevalent in the modern society and upper socio-economic classes. As thyroid gland is one of the sensitive glands in the body it stimulates to stress easily. Whereas iodine deficiency hypothyroidism is associated with lower/poor socio-economic classes due to poor nutrition.

The disease is seen predominantly in –

These specifications majorly come under one umbrella “the sedentary life style”.

• Foods that have a high content of iodine like fish, shellfish, asparagus, potatoes, white onion, etc. are recommended.
• Foods that slow down the functioning of thyroids like sweet potatoes, spinach, cabbage, mustard greens, and cauliflower should be avoided

The most common cause of hyperthyroidism is the autoimmune disorder Graves’ disease. In this disorder, the body makes an antibody (a protein produced by the body to protect against a virus or bacteria) called thyroid-stimulating immunoglobulin (TSI) that causes the thyroid gland to make too much thyroid hormone. Graves’ disease runs in families and is more commonly found in women.

Finally, some women may develop hyperthyroidism during pregnancy or in the first year after giving birth.

Clinical picture : Vata and Pitta Doshas can be considered as the main cause of this dysfunction.

Age: About 1.2 percent of people in the United States have hyperthyroidism. That’s a little more than 1 person out of 100. Women are 2 to 10 times more likely than men to develop hyperthyroidism.

The risk factors include:

– have a family history of thyroid disease
– have other health problems, including –
pernicious anaemia , a condition caused by a vitamin B12 deficiency – type 1 diabetes – primary adrenal insufficiency, a hormonal disorder
– eat large amounts of food containing iodine , such as kelp, or use medicines that contain iodine, such as amiodarone , a heart medicine
– older than age 60, especially a woman

Fresh fruits, including banana, melons and dry fruits can abate the Vata and Pitta.

The most effective herbs to treat thyroid is ‘Kanchanara’. Some of the other herbs are Punarnava, Kanchanar Guggulu, Gokshura, Shilajita, Guggulu, Brahmi, and Jatamansi.

Shigru is a well-known plant in India. It is rich in iodine, which is an essential component of thyroid hormones, T3 and T4. It has deepana, pacahna, kapha vata hara properties. It is recommended in galaganda, kandu, sotha, apachi, vrana, medoroga, vidradhi, gulma etc. It appears to provide it with the nutrition and substitutes the Iodine, thyroid gland require.