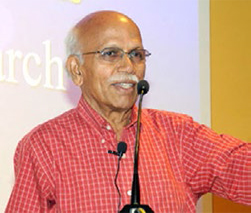 The entire metabolism is affected by Diabetes. Diabetes if uncontrolled will have a telling effect to all the organs including liver, brain, eyes, legs, nerves etc. Diabetes, when controlled will not affect such organs and help you lead a normal life.

Diabetes can be controlled by only two methods:

Either you should reduce the food intake and exercise on a regular basis. These are two easy methods to control Diabetes. Apart from Junk food, other food also causes Diabetes. I believe westernization of diet has caused Diabetes.

Our ancestors did not suffer from any chronic diseases as they followed a very good lifestyle and ate good, nutritious food. We should follow the same diet followed by our ancestors as it included the right food synchronous with the climatic conditions.

Some of the Doctors opine that eating rice is not good for Diabetes, as it aggravates the ailment. However, i differ from their views; unpolished rice is very good for those suffering from Diabetes.

Boiled rice is also very good as it contains bran (Bran is a component of whole grains that, along with the germ, is removed to create refined “white” rice, bread, or other grain products.)

There are 20,000 to 25,000 of human genes present in our body and more than 2.5 trillion of germ genes in our body, which gives us enough evidence that hereditary factors is not a major reason to contract Diabetes. There is a new theory which says that harming your intestines by intake of excessive medicines and junk food will lead you to many diseases.

There are lots of bacteria in our intestines, if we kill them or ruin their balance we are killing ourselves. We would get all sorts of diseases if their balance is startled. We should keep our intestines in the best of health which is a thumb rule to be followed by all of us. There is one more fact of considering ‘Hygiene’ as the atmost important factor; I do not endorse this theory as well.

Doctors opine that the food we eat should be free from bacteria etc. This is a completely wrong opinion. We should balance the bacteria in the intestines for good health. You must have seen the kids who play in the open fields, their health will be far better than the kids in the city who are hygiene conscious. There was a study undertaken in Mumbai on the street kids and kids from affluent families; it revealed that the kids from luxurious families were 5 times more prone to Asthma than the street dwellers.

We have forgotten our own health care system practiced by our ancestors. We are copying the western system of medicine which is not correct. We practice whatever has been tried out in the U.S. If the Americans decide to consume urine for medicinal purposes, we blindly follow it.

A person once asked our former Prime Minister Late Morarji Desai on why he was drinking his own urine for health? He gave a reply which stunned the person who asked this question. Morarji Desai said the medicine which you consume is derived out of the urine of more than 20-30 species of animals.